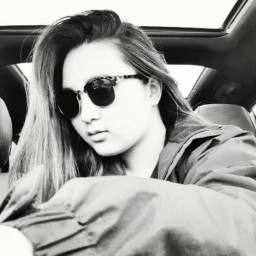 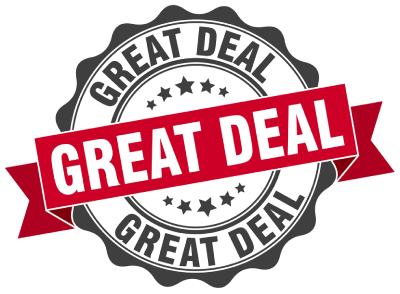 Up to 60% Off Selected Items

Forget what you know about hair straighteners. With the GHD Platinum Plus styler, Good Hair Day has changed the game almost as significantly as when its original model launched 20 years ago. Gone are the off-yellow plates of its Original range. Gone are the single sensor and ceramic technology. Gone is the snapping hinge. The GHD Platinum Plus styler is the smartest, sleekest and safest set of straighteners I've ever used. It's just a shame its high price means not everyone will be able to experience just how good a hair styler can be.

GHD Platinum Plus styler review: What you need to know

Released in September 2018, the GHD Platinum Plus styler is the company's flagship model, touted as the world's first "smart" pair of straighteners. Fitted with so-called "ultra-zone" and "predictive" technology, it has sensors built into both floating plates that monitor heat 250 times a second. GHD claims these sensors can determine the thickness of your hair and the speed at which you are styling so that the power delivered is adjusted accordingly, giving better results.

The two-piece hinge seen on previous GHD models has been replaced on the Platinum Plus styler by a "wishbone" hinge with a single curve. This is said to improve handling and prevents hair getting caught, something that's not uncommon with older GHDs and its rivals. The physical switch of the Original range has been replaced with a flat button and the flashing red LED that lets you know when the straighteners are hot enough to use has been ditched for a circular white light on the button and a softer audio alert.

It's available in black, white and a "Festival" design that adds spots of colour compared to the white model.

There are five models of GHD styler to choose from in total: GHD Original IV, GHD Mini, GHD Max, GHD Gold and the GHD Platinum Plus styler. Each model has done away with the variable heat settings and controls you find on many of their rivals, instead opting to maintain the temperature at 185˚C – a temperature the company's research team has found to be the optimum for styling and protection. Each model also has a safety feature that automatically turns the styler off after 30 minutes of inactivity.

This tech doesn't come cheap, however. Prices start at £109 for the Original, rising to £175 for the GHD Platinum Plus styler, and you'll rarely see retailers selling them for much less than this.

The GHD Platinum Plus' closest rival is arguably the company's own Gold styler, which usually retails for around £40 less (£139). It lacks the ultra-zone technology and predictive features of its stablemate, instead coming with dual-zone sensors that maintain an even temperature but don't adjust this to suit different hair types or lengths.

Further down the range of products, the GHD Max, GHD Mini and GHD Original all offer a single sensor and ceramic technology. Which model is right for you depends on how you plan to style your hair, and how long your hair is.

Sadly, few other rival straighteners come close to the finish, design and versatility of GHD's range. The closest I've found is the £149 Cloud Nine Original styler, designed by one of the founders of GHD. It looks remarkably similar to the Gold, albeit with sharper edges, but has six heat settings. At the lower end of the market, the £80 Remington Shine Therapy styler leaves hair shiny and protected, but doesn't look as stylish and has a tendency to pull your hair.

If you've only ever used a GHD Original styler, the design and handling of the GHD Platinum Plus can feel a little jarring at first. There is something reassuring about the hard spring in the Original's hinge that tells you the plates are fully open. Not only that, but its flick switch can easily be operated one-handed, and the LED and gentle double beep instantly let you know the straighteners are ready to be used. It's a tried-and-tested design that works very well.

However, the Platinum Plus feels so different that you could be forgiven for thinking it's made by a different manufacturer. Its wishbone hinge, for instance, makes the opening and closing of the straighteners smoother, and a little more bouncy. As such, when moving from one section of my hair to another, I had to keep checking to make sure the barrel was open wide enough – and it was, every time.

This hinge makes for a sleeker design overall, though, and the less-abrupt movement of the mechanism adds a feeling of luxury. It also makes it much easier to twist and curl long hair around the plates without fear of getting strands caught, as I've managed to do with both the Original and Gold stylers.

In place of the switch and LED on the Original, the Platinum Plus has a single button that sits flush against the inside of the shaft. When pressed, a soft sound is played from a speaker next to the button and a light around the edge of the button pulses white. When the plates reach 185˚C, a second, longer sound is emitted and the white light stops flashing.

It's difficult to switch the Platinum Plus on or off one-handed from where your hand naturally sits when styling your hair. Depending on your viewpoint, that could be a good or a bad thing. However, the upside is that you can't accidentally knock the switch mid-style, and you're more likely to remember if you've turned off the Platinum Plus styler because it's a more deliberate, separate movement.

The round, smooth barrel and metal curve of Platinum Plus do, at least, look as expensive as its price tag, as do its smart, black plates. The Original's yellow-plate design always made the styler look a little dirty, even fresh out of the box. Yes, like the red sole of a Louboutin, this made the styler instantly recognisable as a GHD, but unlike the designer's shoes, the GHD Original (and Mini and Max) look cheap when inspected more closely. Galling when you consider they're far from it.

Elsewhere, the design of the shaft and stylers smart technology mean the outer shell of the Platinum Plus doesn't get as hot as previous GHD models; instead, this heat and power is concentrated on the hair. Straightening the wispy, baby hairs along my hairline never resulted in burning the skin on my forehead, as I have with the GHD Original.

If you've been using non-GHD straighteners, the design and handling of the Platinum Plus will feel less jarring. Many stylers on the market already offer the round barrel, flat buttons and the muted, yet stylish, look of the Platinum Plus. None do it as successfully or with the next-level technology hair protection on offer here, though.

To warrant the higher price tag, GHD markets the Platinum styler as being faster than its siblings and rivals at styling, while making your hair "70% stronger, 20% shinier and with twice the colour protection".

These strength and colour protection claims follow GHD testing the Platinum Plus against a pair of straighteners that style hair at 230˚C, so it wasn't a like-for-like comparison. Similarly, the claims about extra shine came from tests in which the hair dried naturally versus being straightened. I'd expect any styler worth its salt to make hair appear smoother than when it has just been left to dry.

While it's very difficult to replicate such tests, I can confirm my hair was shinier than when I let it dry naturally, and certainly felt less brittle compared to when I straightened it with both the GHD Gold, and the BaByliss Pro Ceramic at 230˚C. Indeed, over the course of a fortnight when the GHD Platinum Plus styler was the only thing I had changed in my morning routine, I noticed my hair felt in better condition overall. Where some straighteners, by their very nature, can make my hair look lank and lacking volume, this was less of an issue with the Platinum Plus.

Once I'd gotten over the need to check the plates were fully open between each section, I glided through my morning routine every day. Where straightening my hair with the Original would take a little short of four minutes, this time was halved with the Platinum Plus. In just two minutes, I went from a rough blow-dry to straight hair.

Curling my hair didn't see such drastic time savings, though, taking seven minutes with the Platinum Plus compared to nine with the Original. However, the smart technology seemingly helped in stopping me from needing to go over sections of hair more than once – I achieved the desired shine, smooth appearance or curl first time, almost every time.

Speaking of curling, the rounded edges of the Platinum (and the Gold) make adding waves and curls an absolute doddle. The grip of the plates isn't as strong as on the Original styler, which again took some getting used to – I often dropped hair from the plates by accident at the beginning – but this also reduced the drag. This is key when curling your hair because it not only stops the plates getting stuck, which can cause jagged edges to your look, but also gives the curls shine and bounce in a fraction of the time.

On face value, the GHD Platinum Plus styler looks just like a pair of regular hair straighteners, which makes it hard to justify spending such a vast sum. However, after using the stylers for some time, the distinctions became obvious and I found it difficult going back to the Original, or indeed any other styler I'd used before.

Their superior performance and usability made my morning hair routine effortless and enjoyable. Plus, GHD products really do go the distance, so although it may feel like a hefty investment, the money you'll save replacing cheaper rival models, or on hair cuts and products to treat your damaged hair, can make the £189 price tag feel a little less painful.

Natasha is Research Analyst and loves to express her findings in reviews. She was previously working for a Fashion Startup in Thailand. She is Foodie and Travelling is her major Hobby.